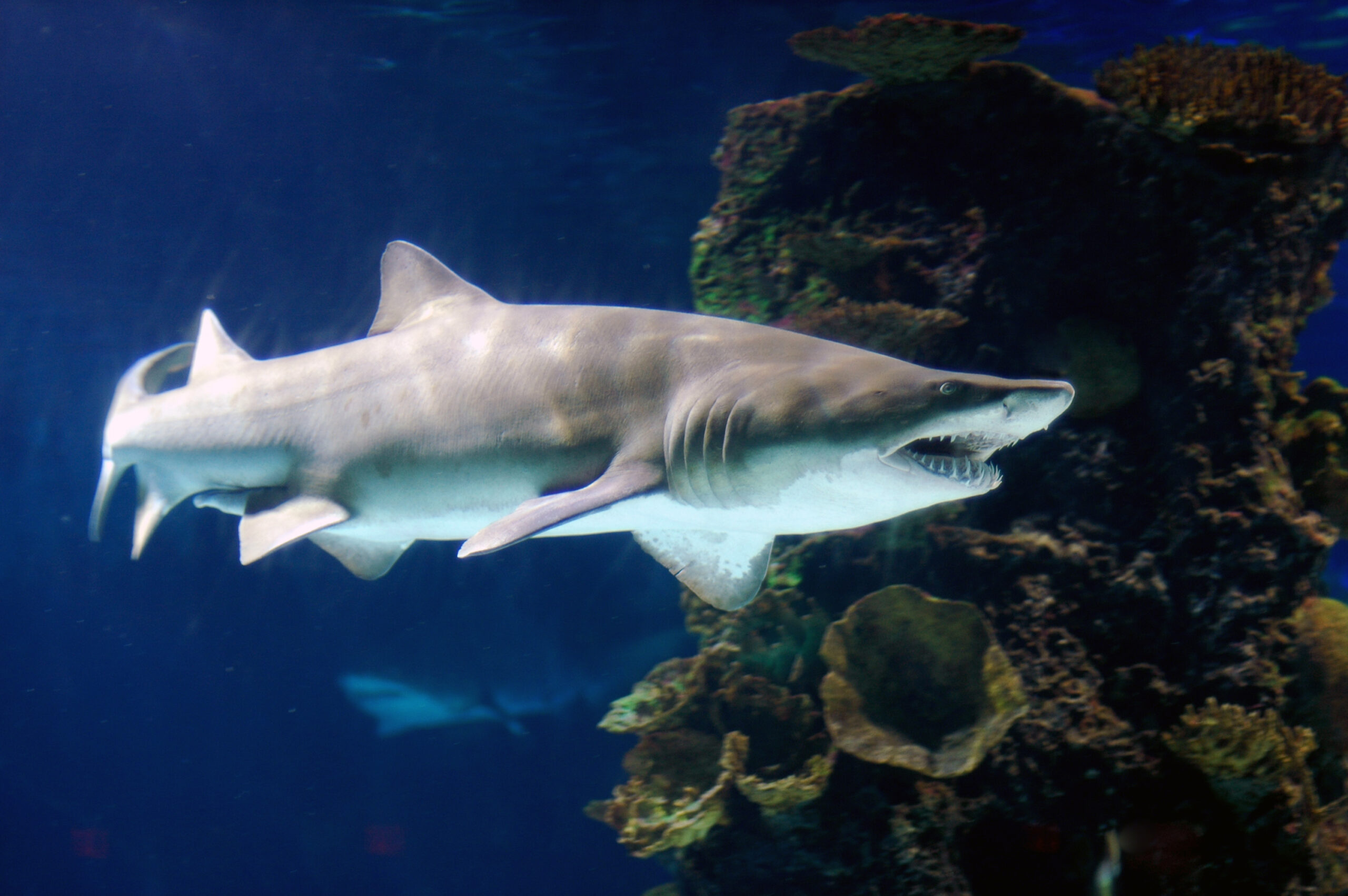 It’s not your average fish, so when Stella the Sand Tiger Shark (Carcharius taurus) started to look a little bent out of shape and went off her food, staff at the Mississippi aquarium were concerned. Her spine was curved in not one but two of the wrong directions, she had scoliosis, where the spine twists and curves to the side, and kyphosis which is where the top of the spine rounds out more than it should.
Sadly spinal deformities in sand tiger sharks are a well-known issue, with the International Association for Aquatic Animal Medicine publishing a paper in 2010 describing it as an issue plaguing the captive population. For many sharks in public aquaria, the condition is so severe that their spine will actually fracture. The research shows that the unhealthy sharks are more likely to have been caught via nets at a smaller size, from a specific location, they are also more likely to be deficient in zinc, potassium, and vitamin C and E. Healthy sharks are more likely to have been caught by hook and line at a larger size and are less likely to be deficient in these trace elements. Until we know what’s causing these issues it’s important that the damage caused by swimming in a relatively small space on top of the other factors can be treated.
The first issue was that sharks don’t have bones in the same way we do, instead, they have cartilage, but also the spine had to be kept dry and her gills wet, a special table had to be built to complete the operation.
In the two-hour procedure, completed in September 2020, metal plates were fixed to try and straighten and support her spine, and at first, it looked like the surgery had been a great success. In March of this year, she returned to her habitat, but in May it was decided that she needed a second operation. Sadly whilst the second operation was completed last month 30 hours later she was put to sleep after post-operative complications.
Hopefully, lessons can be learned from this surgery and in the future better treatment can be undertaken on sharks before they start to suffer.