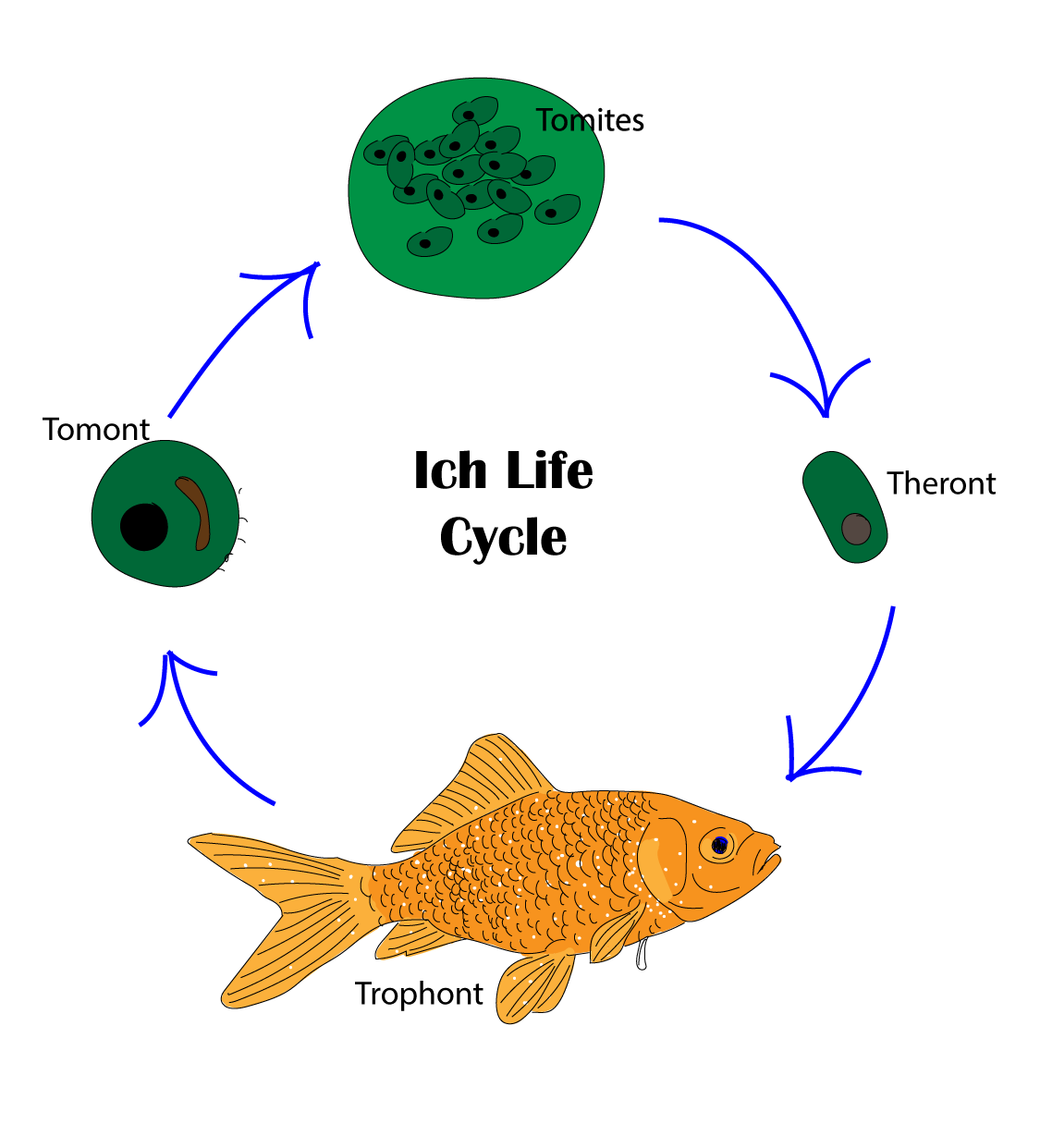 Ich aka white spot has to be the one disease that is both wonderfully straightforward, and a nightmare.
The straightforward part. Ich is easy to diagnose, easy to treat, the medications can be used alongside other things, there are meds that are safe for most of the sensitive species. For the most when treated ich is nonfatal, and there is some evidence that Ich can only be caught once. In a similar way to humans and chickenpox once you have been infected you can’t catch it again.

The nightmare part. Whitespot may or may not have always been attached to Ich, and there are so many diseases that cause small white spots that are misidentified as Ich.

The confusion starts in the early books. Ditchfield’s Little Wonder Books No. 24, The Tropical Aquarium for Beginners was written shortly after WWII and has an interesting passage

In case you want to know this is not Ich. Ich is not a fungus and none of that will help treat ich.

By 1952 Ich is being linked in the textbooks to white spot, and is known to be a parasite, not a fungal disease. The treatments are still a bit dodgy, but at least we’re all on the same track.

So what is ich? Ich is a parasite, nothing more, nothing less. It has a circular life cycle, starting with a free-swimming Theront, this tiny parasite must find a host and burrow into the skin where it forms a trophont, it’s this stage that causes the white spot to form, eventually, this will exit the skin as a Tomont and settle on to the substrate, or attach to other solid surfaces. Inside hundreds of Tomites will grow until it then bursts and spread hundreds of theronts into the water.

The parasite has to be introduced to the tank, if you’ve introduced new fish, or on rare occasions plants, in the previous two weeks then white spot may have been introduced. If not then it can’t be Ich.
Next, how are the fish acting? The theronts are small and grow to a maximum of 1mm but can be as small as 0.3mm, whilst they’re growing you may see them scratching on the rocks and substrate, etc. This is called flashing from the movement they make, a fast flick against the surface which can cause the scales to reflect the light in a flash.

The infection often starts at the gills, the fish may be breathing heavily, they might be lethargic, but the main symptom is the white spots. You are looking for a sprinkling of solid slightly raised white circles, less than 1mm, and normally smaller. The spots will be random rather than a uniform pattern.

There are a lot of other things that might cause white spots, to name just a few…

Lymphocytes aka cauliflower disease, these spots are larger and fewer in number, they eventually grow to look like little cauliflower florets.
Dermocystidium, the cysts are larger and more oval shape, they’re far fewer in number and in some fish are more of a pink colour.
Epistylis, these tend to colonise harder surfaces, such as the tips of the rays of the fins, these are on a stalk rather than rounded parasites, and can be confused with a fungal infection.
Saprolegnia, this is an opportunistic infection and looks like tiny tufts or even large tufts of cotton wool. The confusion arises when something causes the fish’s skin to be broken in tiny regular pinpricks and the sap takes control.

Treatment is super simple. Use a recognised medication. I tend to use eSHa exit, along with eSHa 200 for any secondary infection.

Turn up the heat.

Nope, this is advice from several areas. Turning up the heat speeds up the life cycle and since white spot can only be treated as a free swimming theront if you are using a harsh treatment this can reduce the time you need to have the fish exposed to the medication.
This isn’t needed any more, and given ich attacks the gills the fish may already be struggling. Increasing the temperature reduces the amount of oxygen the water can hold.

The same reason as garlic.

With the right medications is is 100% treatable.

White spot is in every tank.

White spot is caused by stress.

Fish can fight whitespot on their own, which is why many keepers report a lot of fish surviving even though they’re using the wrong treatment, so a stressed fish may suffer more from an infection, but it is still a parasite that needs to be introduced.

Preparing Your Filter, AKA Fishless Cycling